You know that feeling you get when you stare up at the stars, a sunset, a sunrise, an ocean shoreline, a huge waterfall, or fog in a valley? Some describe it as awe, beauty, or even God. Whatever it is, we make products and tell stories that embody those feelings.

We believe in transparency. We hate the idea of a 9-5. We like to travel. We like freedom. We like flexibility. We give our employees unlimited PTO for unlimited adventures. We pride ourselves on not following the herd, trying to always differentiate from all other brands, and bringing you the best Adventure content and products possible.

We truly don’t like to define ourselves. We are different. We are unique. We strive to inspire everybody to be Adventurous. To wander into the unknown. To take chances. To be free. To experience. To live.

Be sure to follow @NatureBacks to stay inspired and allow yourself to share the experience with so many others! 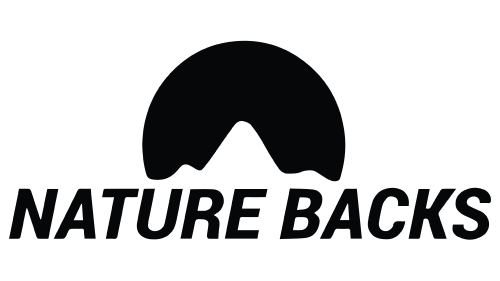 So many people are curious as to how Nature Backs came to be. It is a question that gets asked a lot! So let's begin!

Back during my days in college, I had an ever increasing urge to go out into nature more and more. It started to become just a thing that my friends and I would do for fun. It was always done in a very casual manner, we would get a group of friends together and just go catch a sunset at a cool spot, or we’d hike to a giant mountain overlook in the middle of the night to just catch the stars. No real planning or need for “gear”, just us and nature. Over time I realized the power in those moments. Those moments when we were caught in awe by something bigger than ourselves. It became such a beautiful way to bond with the people we were with in a way that not much else can offer. I found that these little “adventures” had a profound effect on resetting me back to how I should be. It helped bring the important things to the forefront of the mind, giving clarity and vision to life.

Fast forward many months and months and I eventually graduated. It was time to enter “adult mode”. I knew I didn’t really want a real “9-5 job” and knew I had about 4 months of runway left with my lease ending and my bank account dwindling. My first venture was flipping cell phones. That made a decent amount of money but soon left me empty. I was not passionate about what I was doing. So I sat down and just really thought about what I would do if money was not a thing. What do I love doing? I realized that it involved heavily around traveling and being out in nature. Having looked back and remembered all the fun little adventures of my college days, I realized that that was the answer all along. I realized that I wanted to help others feel whatever it was I was feeling. So I set out to take that feeling and embody it into a brand using shirts as the medium of helping others connect with the idea. With that, in December of 2015 Nature Backs was born.

The name is multidimensional, but at its core - we were bringing Nature back into people’s lives by putting Nature on people’s backs. From the start, every shirt came with an adventure - a recommendation of an awesome spot to check out. What started out as just a card with a place typed onto it eventually evolved into our Flip-Trip bracelets that you can use as a tool for actually getting outside.

Growth was slow in the beginning. I had all the shirts folded and tucked away in my closet, hand packaging the 1 or 2 orders that would come in daily. This went on and on for months. Eventually I got a call from one of my best childhood friends who was living in California at the time. Having a similar love towards nature and adventure, he was doing some important non-profit environmental work when suddenly the funding for his program was pulled. As if from divine timing, he was looking for his next venture right as Nature Backs was slowly starting to get its voice and was ready to propel its growth into that next phase. Having known each other since our kindergarten same class days the partnership couldn’t have been more perfect. Each of us complimented the other’s strong and weak points precisely and that combination came to be the backbone of what the brand is today.

Around early May of that year Bo packed his bags and headed back to Arkansas to join forces on an absolute leap of faith. Within months of working together we got the idea to go on a cross country trip together to actually live the brand we were trying to push to people. By July we were on the road. All we had was a truck, whatever inventory we had, a few pairs of clothes, and a printer in our backseat. We really didn’t have a set plan other than the fact that we were going to just go explore the country, print and ship orders out as they came, and document as much of the experience as we could through Instagram and Snapchat.

For a little over 4 months we traversed the country hitting up as many national parks and cool spots as we could find. Ballin on a budget, we never stayed in hotels and lived quite minimalist. We spent the days either exploring, or in a coffee shop working on building up the brand. At night sometimes we would find a park or campsite to throw our hammocks in to sleep. Other times we would literally just sleep in the truck right outside of the coffee shop or planet fitness parking lot. We had a $20 Planet Fitness Black Card so could workout and SHOWER at any Planet Fitness in the country - super convenient for us at the time.

Near the end of the 4 month journey we started having to spend more and more time in the coffee shop as the brand started to really grow into what we knew it could be. Before long we had to make the trip back to our homelands to really focus on taking it to the next level. Once back in Fayetteville, Arkansas - it was full grind mode. We were still essentially “homeless” but it was honestly some of the best times of our lives. Continuing our minimalist lifestyle days consisted of going to a local coffee shop from the time we woke up, until it was time for bed. Having a Planet Fitness in town, we would drive over after a long day, hop in the shower and sleep in the parking lot. Then we would just wake up and do it again, every single day.. We eventually got a place together so we weren’t at least homeless, but continued working out of our bedrooms/closets.

This routine lasted for about 6 months until we ran out of money again, to which we were once again “homeless”. No bid deal for us as we were used to it and enjoyed this minimalist simplistic living. After about 3-4 months of this we finally started to hit some strides, making enough money to rent out our first office space followed quickly by our first employee. Around this time I started staying with my girlfriend for a few days a week while Bo would visit his on the weekends while sleeping in the office during the week days.

From here things grew rapidly and we were seemingly adding a new employee every week. We quickly expanded from renting out a small room in this office building to practically the whole office building. Before long, with over 20 employees we outgrew that building entirely and had to move locations.

For the past year and a half we have been continuing our growth in the new HQ. With now over 30 employees, we are eagerly planning for the next big phase of the Nature Backs movement.